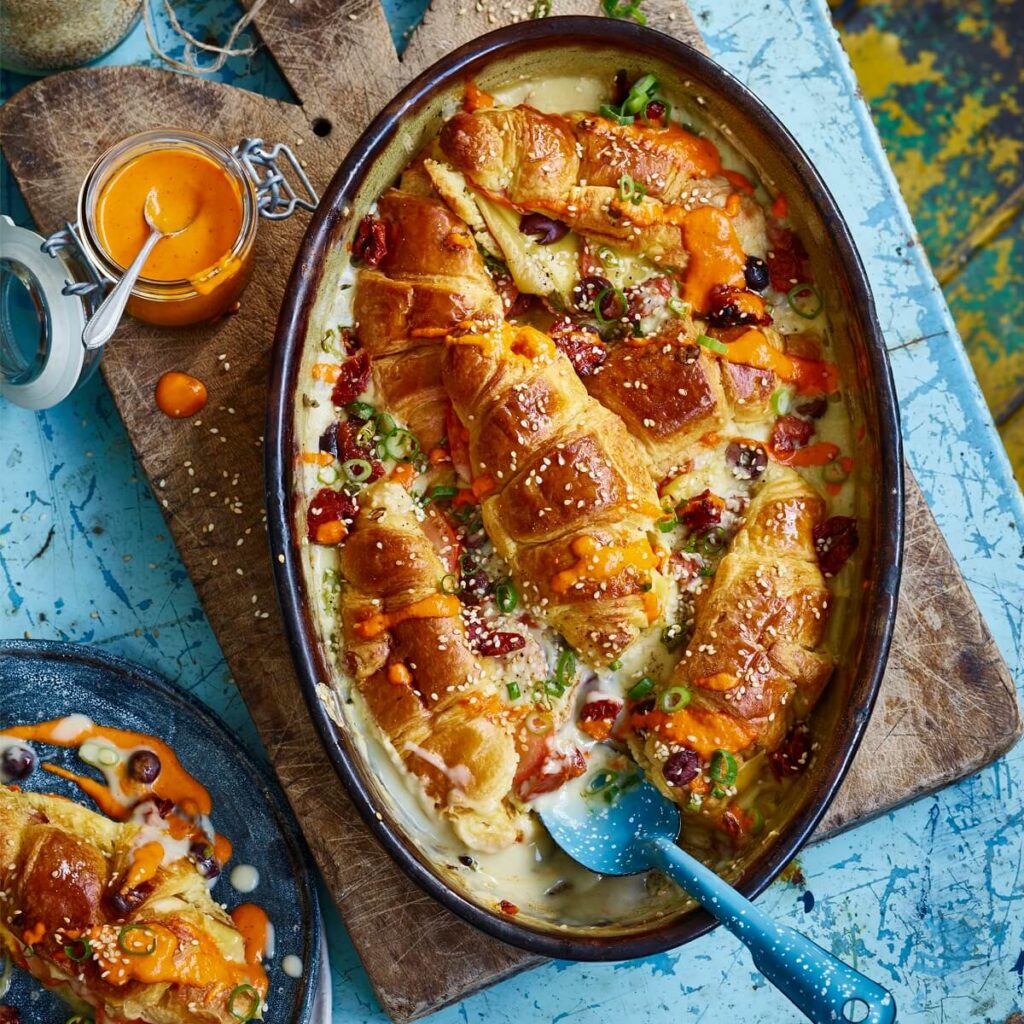 Preheat your oven to 180 degrees C.

First up for the cheese sauce, you need to infuse the milk. In a medium saucepan add the non dairy milk followed by the onion, bay, nutmeg & salt. Place the saucepan over a low heat & stir every now and then for 10 minutes.

Meanwhile, in a large saucepan add the vegan margarine and place the pan over a low heat.

When the margarine has melted, add the flour then using a spatular, mix well. Keep stirring the mix for a couple of minutes to cook out the flour.

Gradually whisk in the infused milk (strained), a little at a time.

Once you’d added all the milk., stir in the cheese & then keep mixing with a spatular until it thickens up, the mixture should be creamy.

Once thick, remove the sauce from the heat & set it aside covered with cling film.

Cut your croissants in half and fill them with the vegan ham, cheese slices, a slice of tomato & a few olives. Then place the sandwiches into your baking dish.

Pour the cheese sauce in all the gaps around the croissants then sprinkle over the chopped sun-dried tomatoes, any left over olives, chopped chives & sesame seeds.

Place the dish into the oven to bake for 25 minutes.

Sauté the mixture for 3-4 minutes before adding them to a blender with the rest of the red pepper sauce ingredients. Blitz the mixture until it’s smooth. Set the sauce aside until you’re ready to serve. Any left over sauce can be stored in a sealed container for up to 2 weeks in the refrigerator.

After baking, let the croissant bake set for 5-10 minutes before serving with plenty of the red pepper sauce drizzled over the top.

Be first to get a copy of our exclusive PDF of La Boulangère Vegan recipes prepared by Gaz. 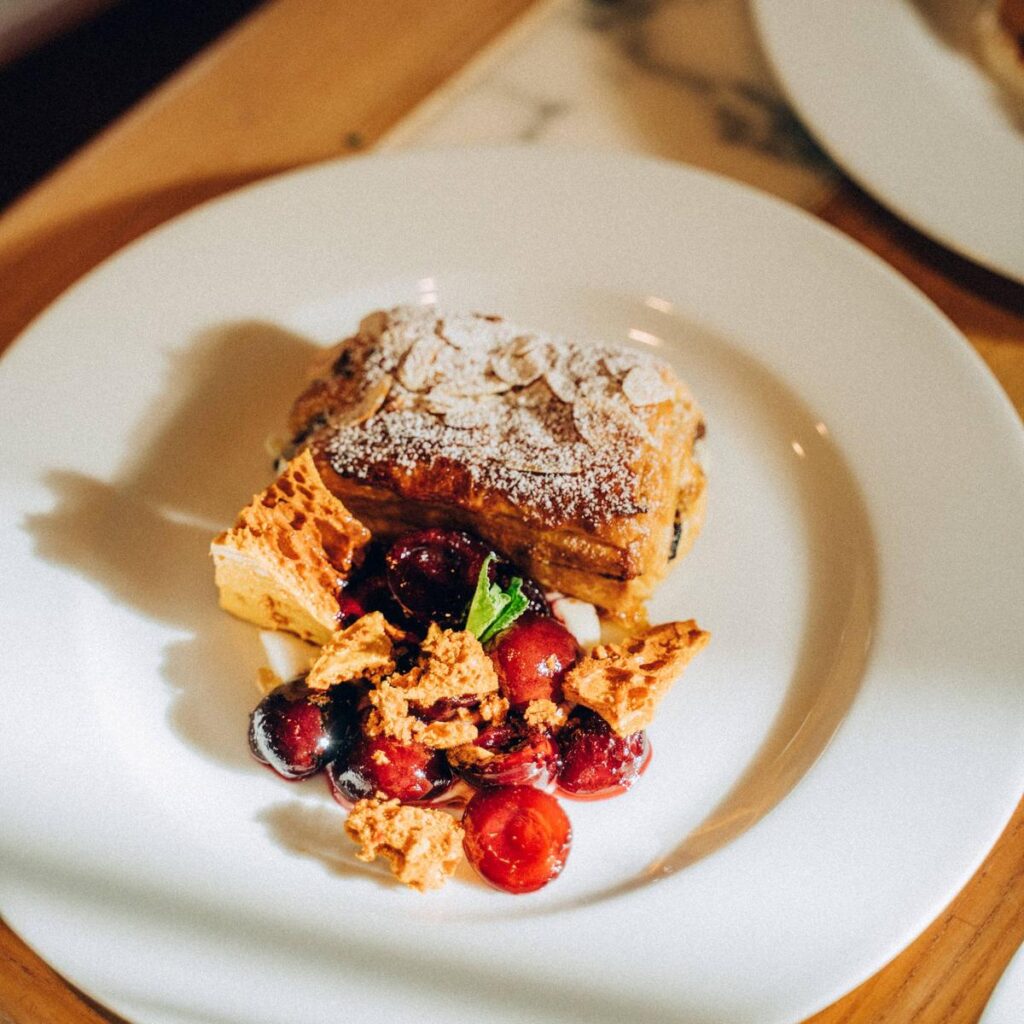 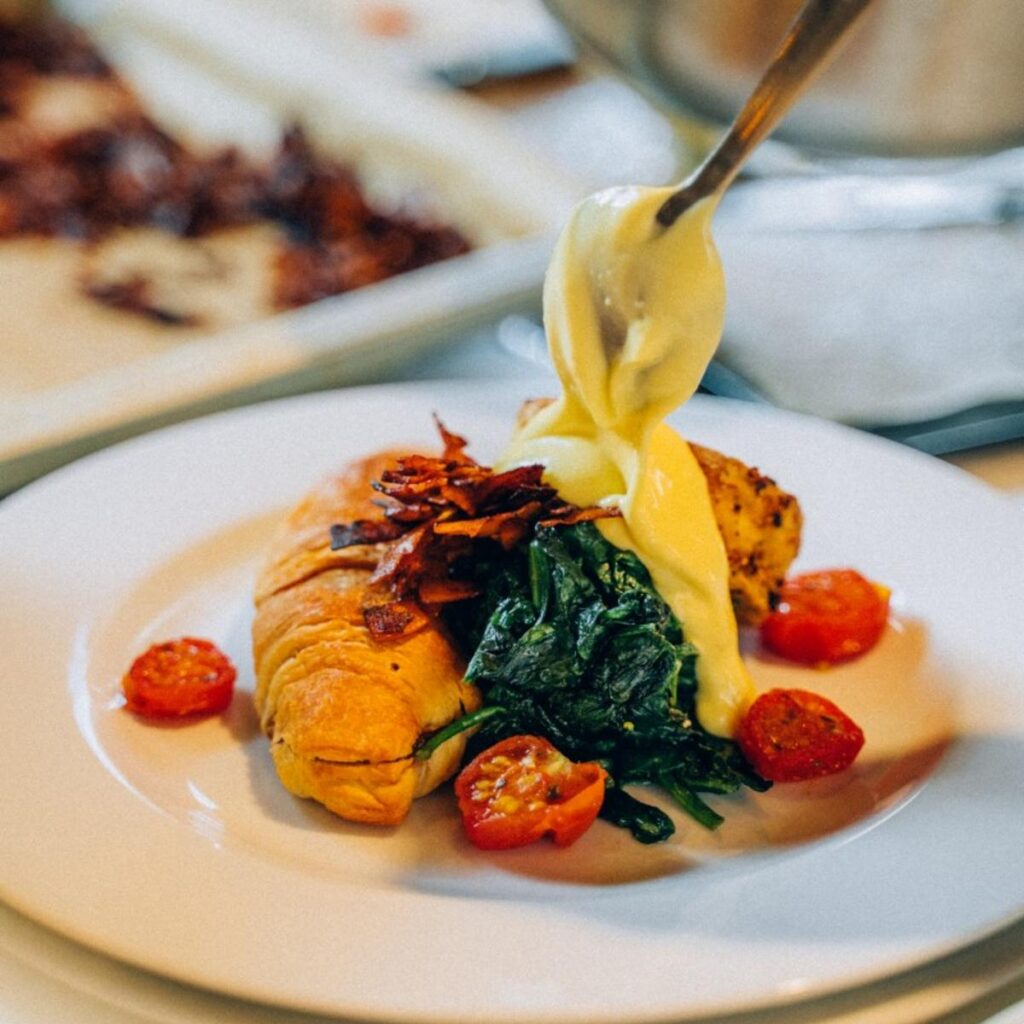 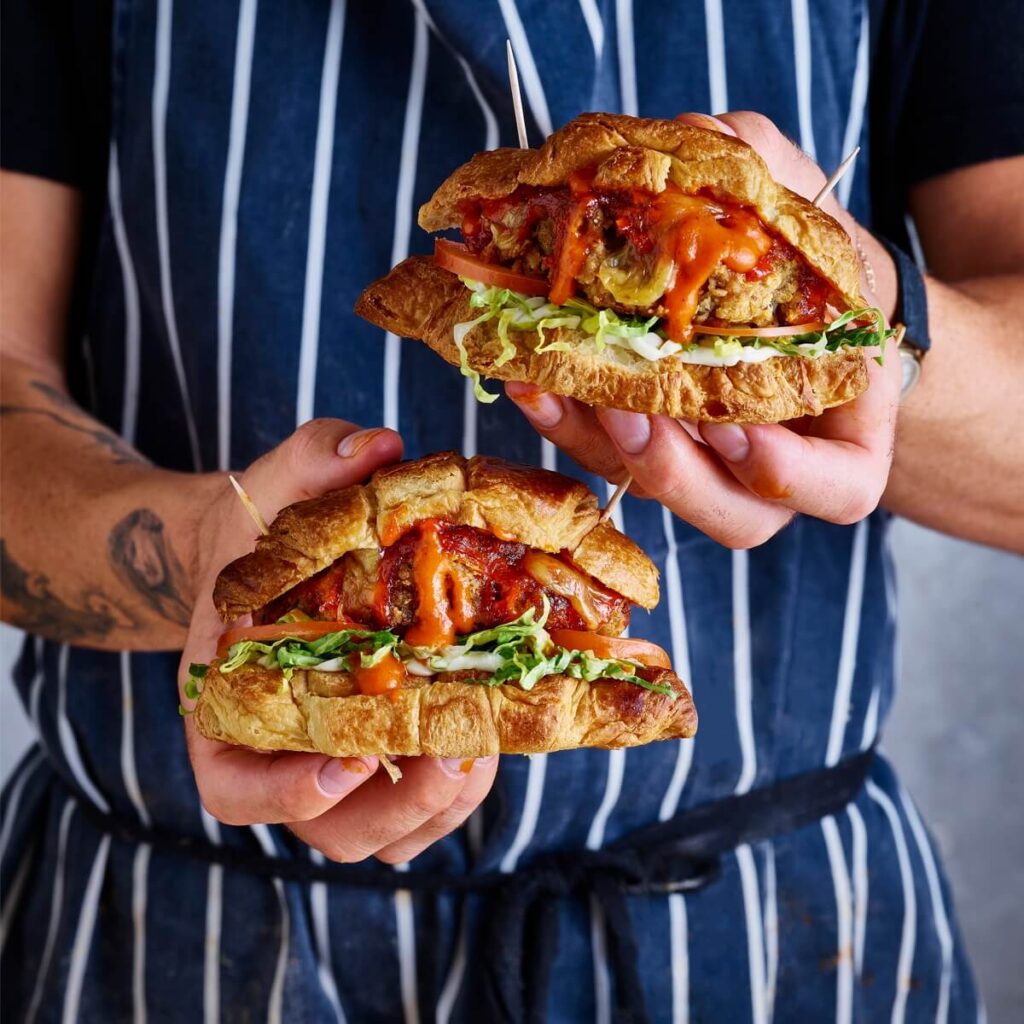 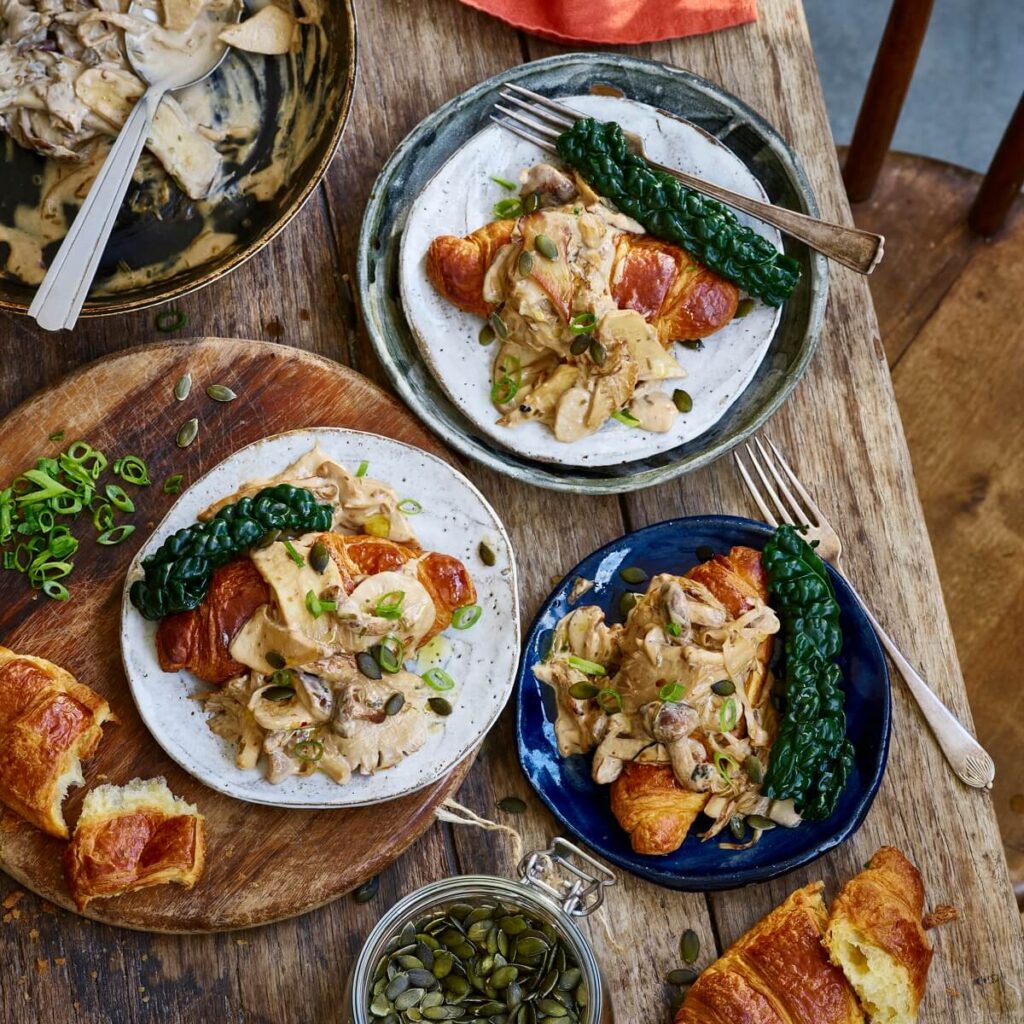 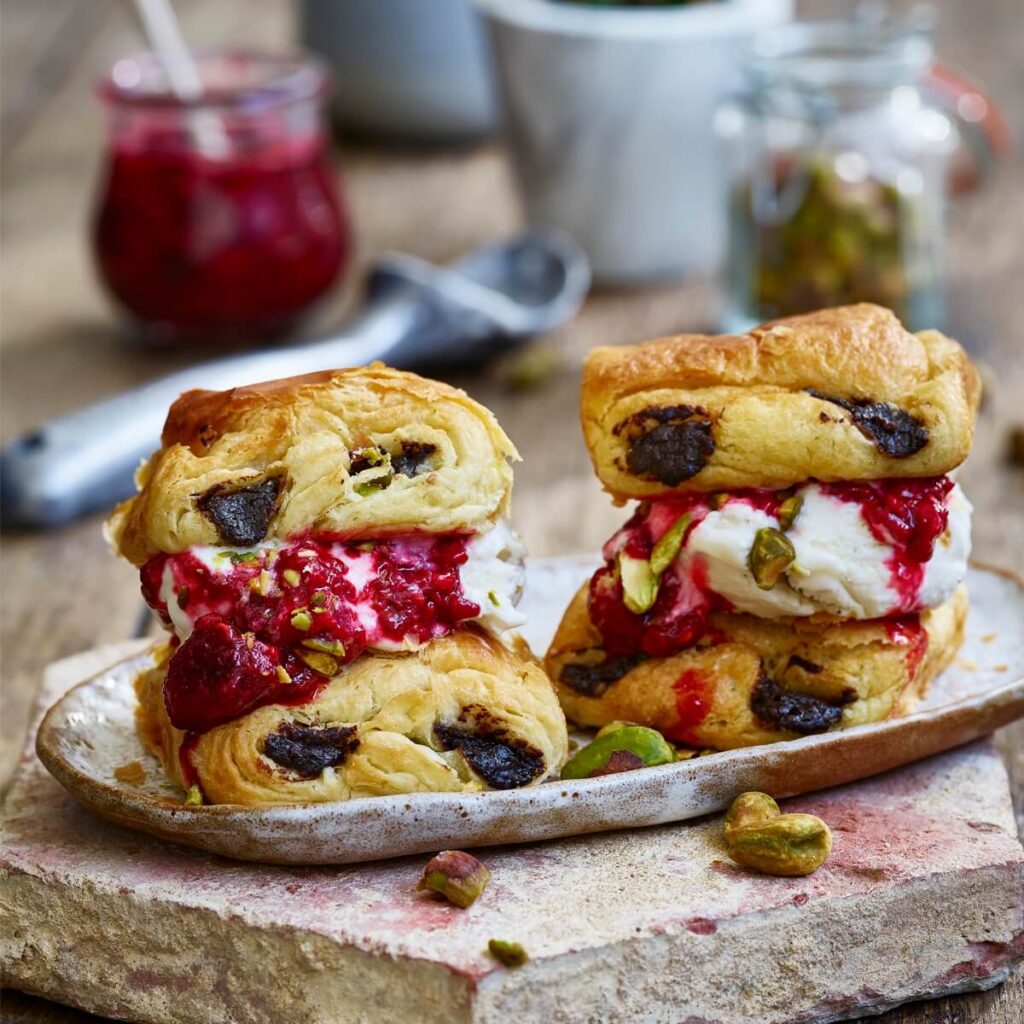 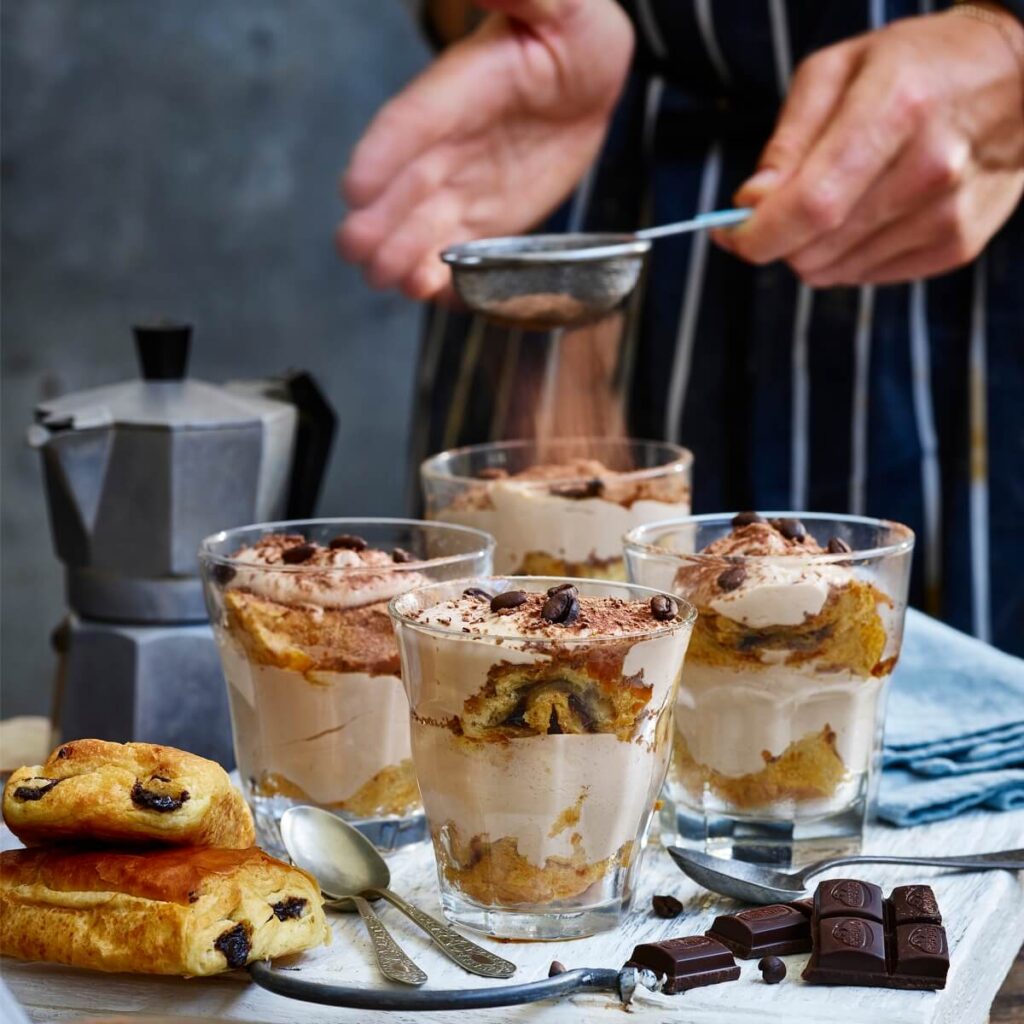 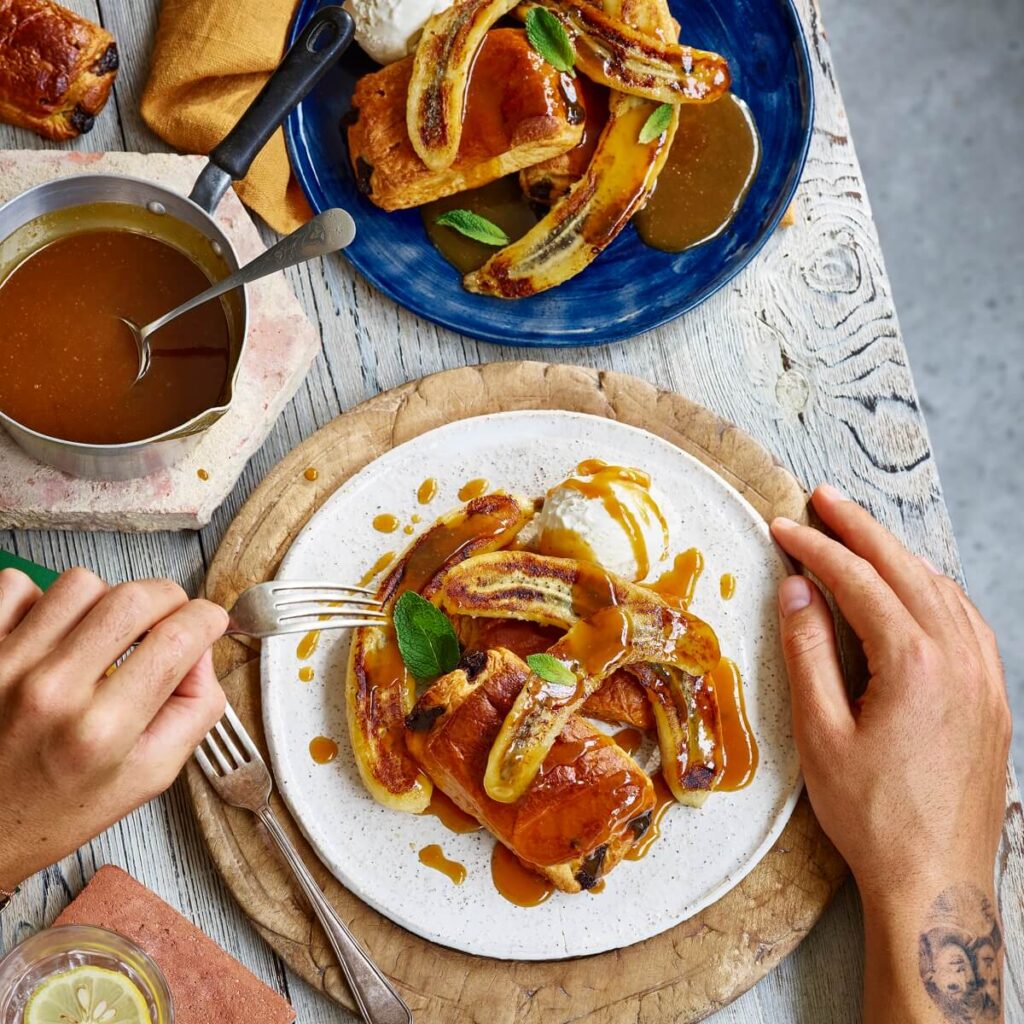 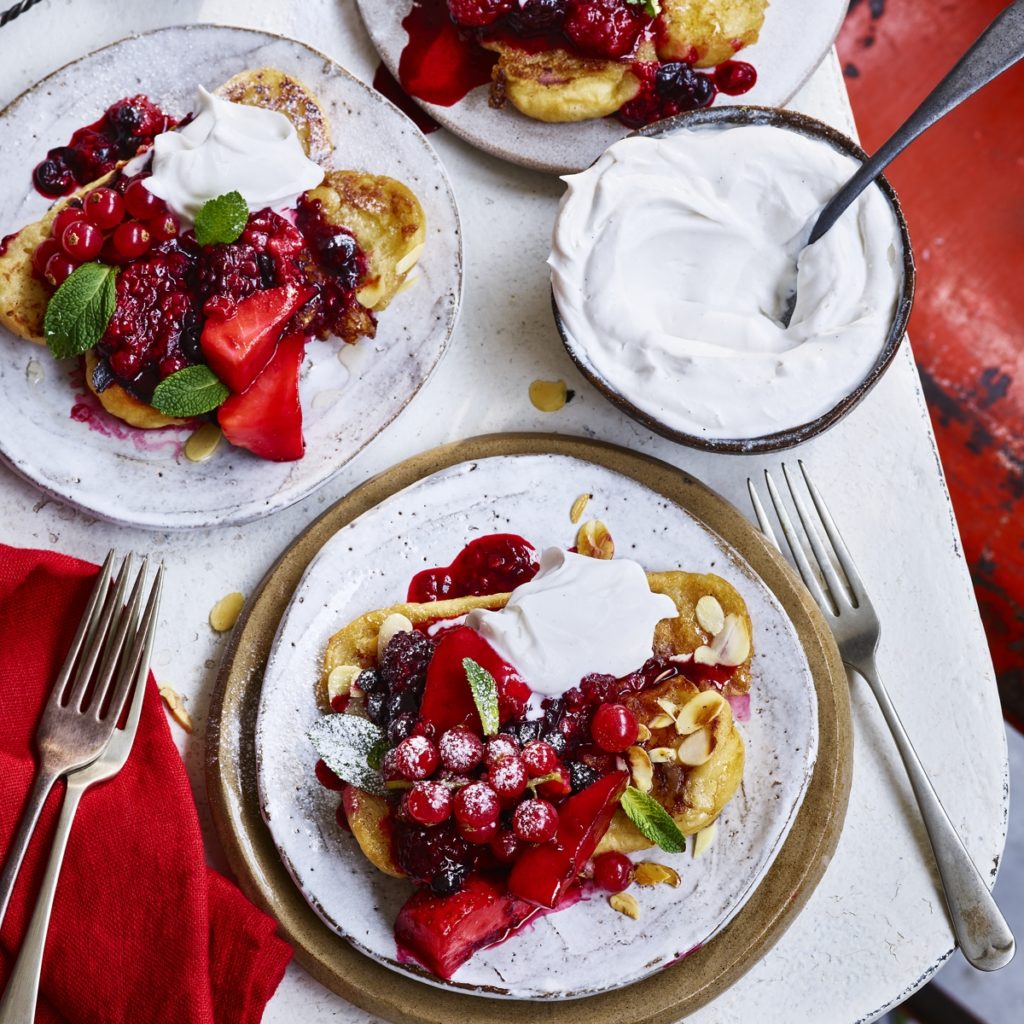 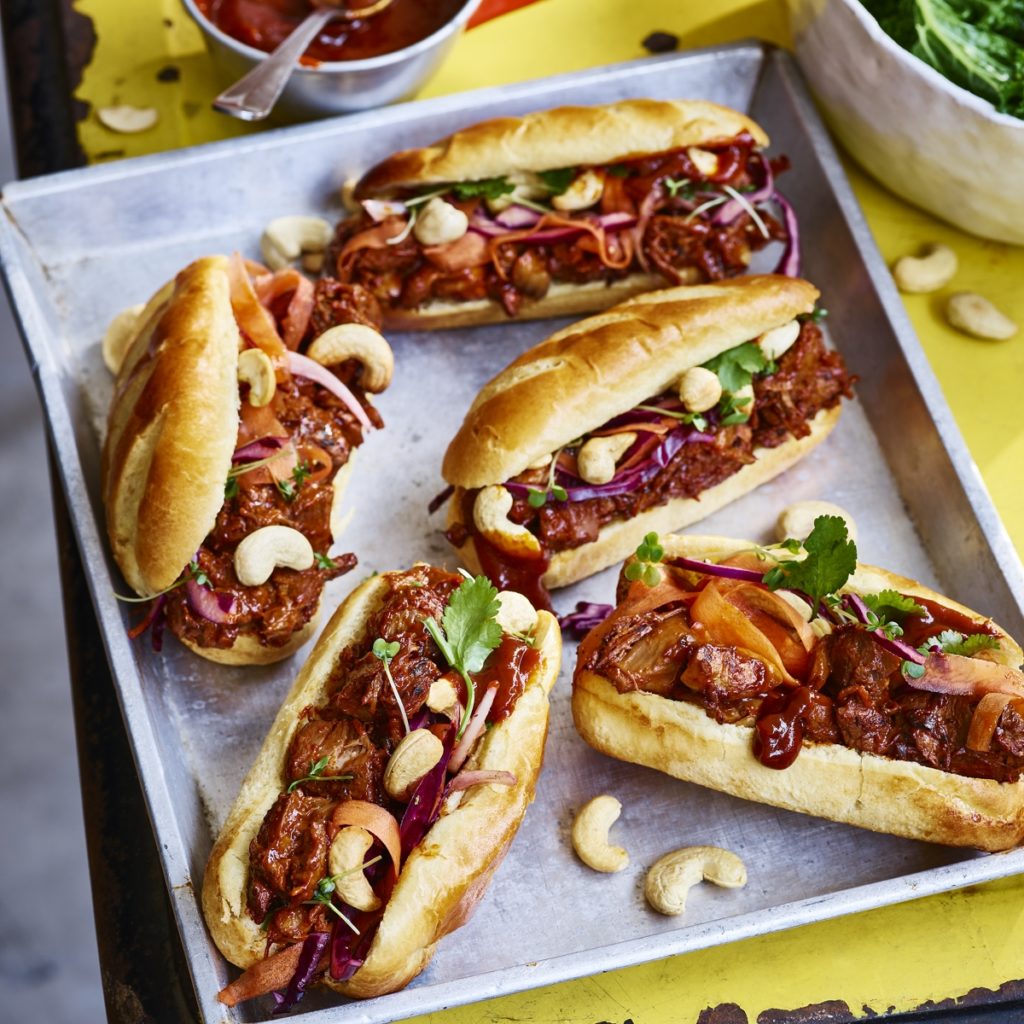 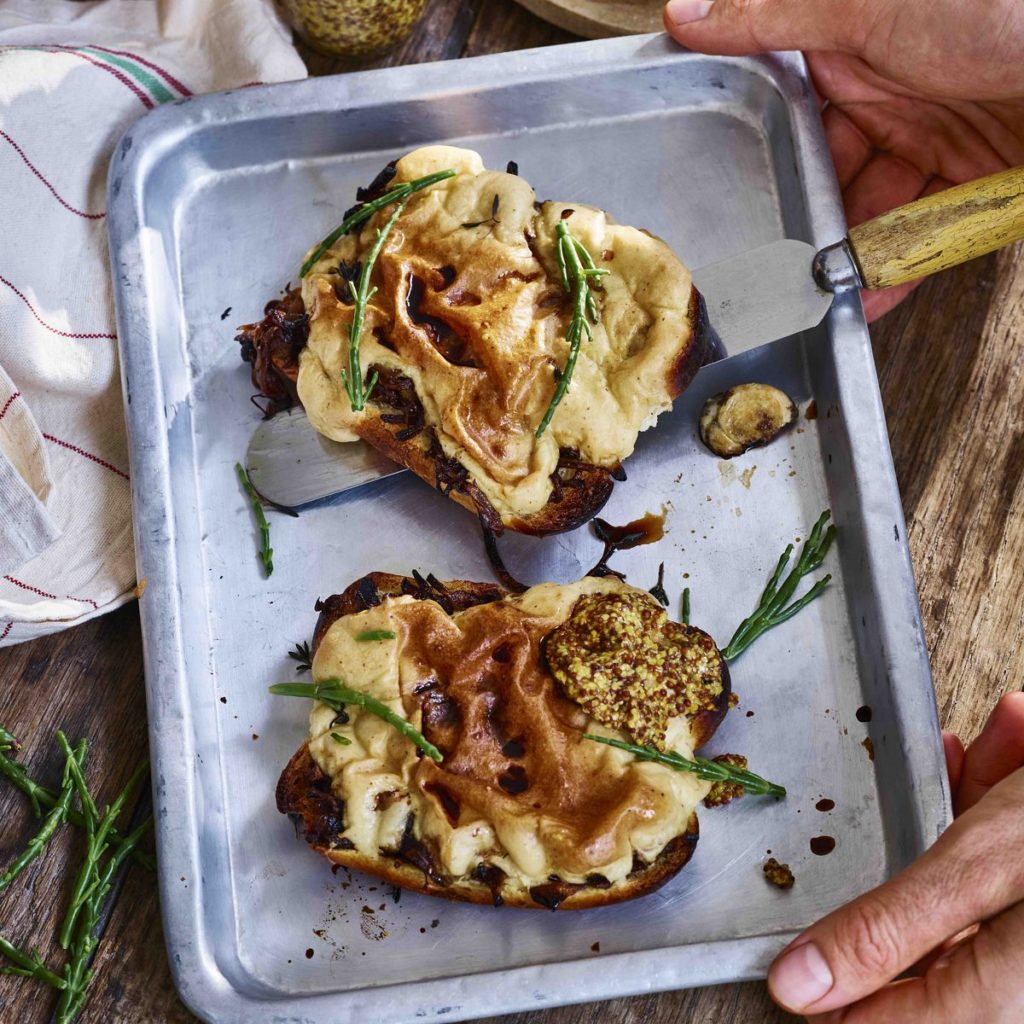 Get our exclusive recipe PDF!

Sign up here to receive our exclusive Recipes PDF straight to your inbox when it's ready.